According to a recent survey by Deloitte, 90% of senior executives give high priority to becoming agile yet less than 10% see their current organisation as being highly agile.

Seemingly, becoming agile is very difficult, especially for organisations that are entrenched in traditional management structures and behaviours that hamper fast decision making, inhibit flexibility and slow down innovation.

90% of senior executives give high priority to becoming agile yet less than 10% see their current organisation as being highly agile.

To create the changes that the C-suite desires, what’s really required is a more momentous change in management behaviour; moving leaders and managers away from a hierarchical command and control way of leading to more of an Operational Coaching™ style of management that helps to release the strengths and resourcefulness of team members as well as increasing engagement, collaboration, accountability and ownership within teams.

Here are 3 major ways in which Operational Coaching™ helps to underpin agile behaviours: 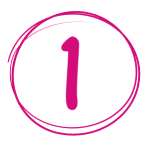 Becoming agile requires leaders and managers to adopt a different mindset and new behaviours. Rather than relying on a telling approach which is so typical in many organisations, agile leaders and managers benefit from incorporating more of a questioning approach into their everyday interactions. In doing so, they achieve higher levels of contribution from their team members and open up more opportunities. This questioning approach is at the heart of Operational Coaching™. By developing Operational Coaching™ skills, leaders and managers learn how to stop their usual non-agile responses and instead trigger frequent opportunities to ask powerful questions and listen effectively. In doing so, they provoke new possibilities which add momentum to the team and mobilises them to get to the next step quicker, with far higher levels of team engagement. 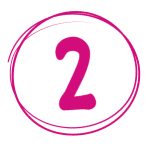 Agile teams are self-organising and don’t work well in typical command and control structures, because, to be truly agile the team must leverage the expertise and contributions of each individual member. There isn’t one ‘manager’ who plans out and delegates the work, so leaders and managers must quickly acknowledge this crucial shift in what’s expected of them in an agile team and embrace new behaviours. The Scrum Master in an agile team is a servant-leader. This is very much a style of management and leadership that is based on coaching behaviours, rather than a directive tell approach. By adopting an Operational Coaching™ leadership style, leaders and managers use an Enquiry-Led Approach (ELA®) to draw out the resourcefulness, ideas, creativity and innovation of everyone in the team which is exactly what they need to drive better outcomes from agile teams and deliver them faster. 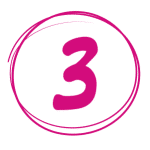 Collaboration and engagement are core to the agile philosophy. An agile leader should be able to foster open communication in a team that appreciates the value of feedback and reflection because agile teams need to be able to quickly reflect and learn from each iteration, and work collaboratively on what needs to happen next. Without these skills, agile teams may not make the best use of the reflective practices that are built into agile methods which could damage collaboration, hamper progress towards goals, and slow down learning and problem-solving. Operational Coaching™ gives leaders and managers the techniques to increase collaboration by opening up dialogue with colleagues and giving them an effective structure to engage others in constructive and developmental feedback. This keeps the team highly engaged and leads to faster learning, problem-solving and measurable performance improvements.

Being agile will almost certainly be one of the major critical success factors for your organisation in these uncertain, complex and changeable times, but implementing new structures and processes won’t suffice.

Leaders and managers must experience a fundamental shift in the way they engage with their teams in order for the organisation to become truly agile. Operational Coaching™ is the key to unlock this behaviour change.

Leaders and managers must experience a fundamental shift in the way they engage with their teams in order for the organisation to become truly agile. Operational Coaching™ is the key to unlock this behaviour change.

Operational Coaching™ which can be embedded quickly and at scale, is the proven must-have skill that will transform management behaviour, providing you with a much faster and more effective route to organisational agility.

All agile practices such as Daily Stand-Ups/Scrums, Reviews, Retrospectives, agile planning, Definition of Done and Minimum Viable Product (MVP) are significantly more effective and successful when Operational Coaching™ is used to underpin them. But, the truth is, very few Agile Coaches or ScrumMasters will have EVER been trained in coaching techniques, let alone Operational Coaching™ – this is a massive skill oversight that would transform the success of an agile transformation/implementation for an organisation.

The good news is that embedding Operational Coaching™ skills across your organisation can be achieved quickly and easily with Notion’s STAR® programmes. Notion’s STAR® programmes have been academically proven to transform management behaviour in less than six months in a large government-funded study across 62 organisations which was independently evaluated by the London School of Economics. The study proved that when leaders and managers adopted Operational Coaching™ as their primary leadership style they increased their time spent coaching by 70% and learned how to ask better and more insightful questions which drove positive outcomes in terms of engagement, collaboration, retention, innovation, performance and productivity.

“Previously our teams were set up and delegated work, without constructively defining it. This resulted in all kinds of misunderstandings and delays. By using an Operational Coaching™ approach, I was able to encourage more of an agile approach. I coached the team members to collaborate and define the work and tasks that needed to be done. As a result, the team began working on their own initiative, managing their time, having more constructive dialogue and picking what work needed to be done first. The team owned the delivery, shared their ideas to improve and had the power to act to make things happen. I only presented them with the business need and the solution was brought to life through a collective thought process and a series of positive conversations which led to the successful delivery of multiple projects on time and on budget.”  Head of Project Management, Software Company

“As a team, we have not paid much attention to (Agile) Scrum metrics. For example, we might commit to 70 story points but only “complete”, say 20, in a sprint. This is not an issue in itself, for me, because the team produces great software, which is the real measure of success. But I did wonder what we were getting out of using the Scrum framework. I used an Operational Coaching™ approach to pose some questions to the team about this and alluded to the deficit in “completed” story points at the end of a sprint. As a result, we’ve had more informal dialogue and the team have responded by being better “finishers” – which is really an increased sense of shared ownership and teamwork. This is great to see.” Software Development Manager, Technology Company 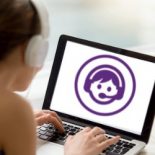