Globally recognised leadership development specialist, Notion, has launched the STAR® Culture Awards and they are now just days away from announcing the first winners of this prestigious award.

The STAR® Culture Award is being presented to companies who have shown outstanding commitment to developing an ‘inclusive and collaborative’ management culture in which all employees can thrive, through the application of an Operational CoachingTM approach to management.

This follows their successful completion of the groundbreaking STAR®  development programmes in various formats and most commonly starting with STAR® Manager, which has been recognised by Learning Technologies as ‘Most Innovative New Learning Product (UK)’. 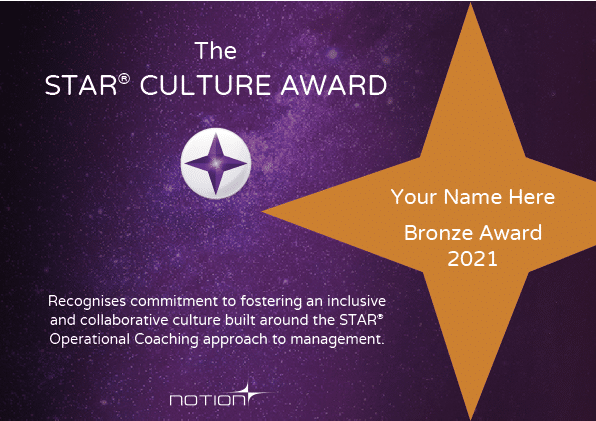 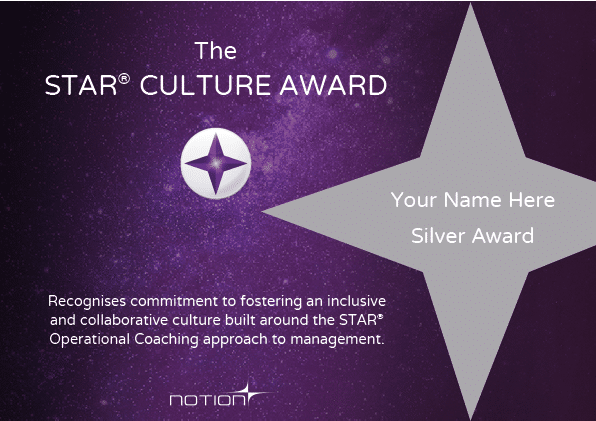 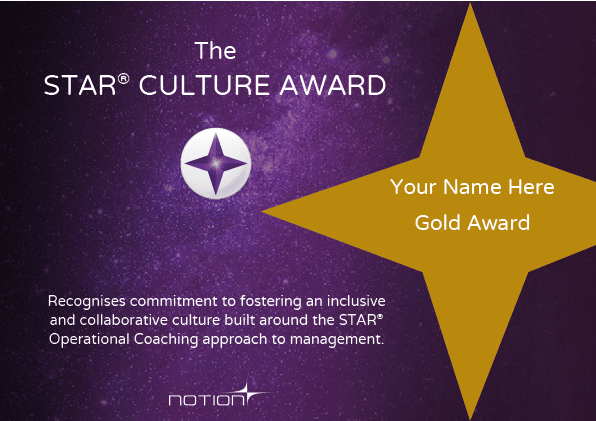 “We’re delighted to be able to recognise the winners of the STAR® Culture Award for their enthusiastic engagement with the STAR®  programmes. In particular, we’d like to acknowledge and congratulate all of the managers who participated in the effort to adopt Operational CoachingTM into their everyday management style.”

Notion has spent over a decade working with leaders and managers in all sectors to develop this Operational CoachingTM approach and they’ve seen astonishing results.

“Encouraging the frequent use of Operational CoachingTM, rather than a command and tell approach, as preferred management behaviours, is one of the key contributors to building and sustaining inclusive, engaging and collaborative cultures. What we see over and over again is the hugely positive impact this has on the commercial results achieved by our clients across a wide range of organisational markers, including: engagement, productivity, performance as well as uplifts in creativity and innovation,” explains Dominic.

Typically, in the corporate sector, Notion expects organisations that adopt an Operational CoachingTM approach to achieve a return on investment of 5-100 times.

In a recent trial, which occurred amid the economic havoc wreaked by 2020’s Coronavirus pandemic, a study by LSE revealed that across 47 different companies, the application of Operational CoachingTM skills drove a 74 times return on investment.

Dominic said: “We’re delighted with these results; they are testament to just how well these companies and their managers have embraced Operational CoachingTM. They deserve to be congratulated for grasping this opportunity to develop their people during these unprecedented times and I couldn’t be happier to present the STAR® Culture Awards to some of the participating companies over the coming weeks.”

The first ever winners of the STAR® Culture Awards will be presented with their awards during virtual award ceremonies and formally announced on the 18th February 2021 with further awards being announced over the coming months. 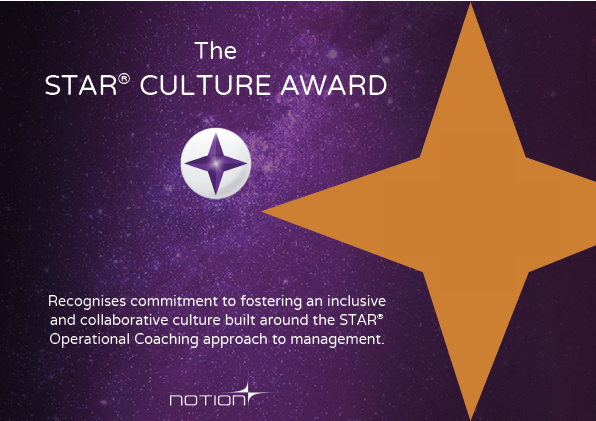 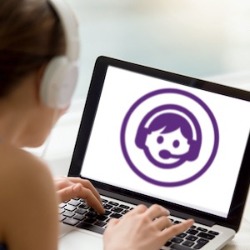