How to Positively Affect Retention

In this climate of job-hopping and with increasing levels of employee churn, retaining talent is a major concern for many organisations. A recent Gallup survey indicated that less than 20% of employees describe themselves as “actively engaged” in their work. Contrary to popular belief, only 12% of people leave their jobs for more money while a staggering 79% quit their jobs due to a “lack of appreciation”.

It’s clear that in order to improve retention something needs to change. But how do you build a company culture that people want to stay a part of? Luckily, engaging with people more effectively is something that leaders and managers have the power to change through a simple shift in their behaviour, creating a ripple effect throughout your organisation.

During 2020, the UK Government sponsored a study (independently evaluated by the London School of Economics) to establish the impact that introducing a new style of management could have on overall engagement and productivity levels. Managers from 62 organisations in 14 sectors were selected to be part of a randomised control trial of a new learning programme designed to change their behaviour.

The result? The only difference between participating organisations that retained more of their talent during the trial and those that didn’t was whether or not leaders and managers adopted a STAR® Operational CoachingTM approach.

Participating organisations were randomly split into a control and an intervention group. The intervention group was then given access to the multi-award-winning, online management development programme STAR® Manager, designed to enable managers to embed Operational CoachingTM skills into their everyday management interactions.

Despite the relatively short six-month measurement window (conducted at the height of the pandemic), the intervention group was still shown to have employed MORE people and IMPROVED staff retention. For the control group, the reverse was true. In fact, the organisations that adopted a STAR® Operational CoachingTM approach experienced almost a zero loss of staff compared to much higher attrition rates in the control group.

Interestingly too, almost half of the successes experienced by the intervention group were concerned with improved productivity and engagement.

FIND OUT MORE ABOUT THE STAR® PROGRAMMES >>> 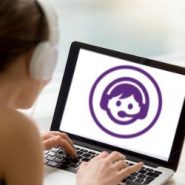